It’s Wacky Wednesday here at Macsbooks, where anything goes as far as reviews. I have a pile of unread non-fiction, politically bent books that I feel I need to work my way through, one of which is Building the Great Society: Inside Lyndon Johnson’s White House.

“We have the opportunity to move, not only toward the rich society and the powerful society, but upward to the Great Society.” Lyndon Johnson

I find that reading and reviewing books about recent history often is difficult for two reasons: not enough time has passed since the events themselves and our own opinions and thoughts about the event cloud our judgement. Keeping both of those things in mind, I found “Building the Great Society” to be a thoroughly documented, well written synopsis of Lyndon Johnson’s inner sanctum, his dealings with Congress at the time and ultimately what became his legacy – The Great Society Legislation.

Johnson was not a favorite president, he wasn’t even well liked at the time. He gets blamed, often, for the US involvement in Vietnam and, to an extent rightly so since it was during his tenure that the war escalated. However, this book is not about foreign policy and the Vietnam War gets very little coverage. This is about Johnson’s domestic policy for which he is not given nearly enough credit.

It is important to remember that one of the most popular presidents had been assassinated, the world, including the US, was rushing head-long into a civil rights movement that was growing more violent by the day, and the Cold War had been escalated by both Eisenhower and the USSR. All of this was placed on Johnson’s shoulders with the death of Kennedy. Building the Great Society walks us through the various pieces of legislation that, quite literally, put a grieving country back together again and through its expansion into social programs helped, not only the poor, the African Americans, but introduced the first vestiges of rights for women. As hard as it is to imagine or remember, prior to the 1960s, women were not allowed to have their own bank accounts, own their own property without having a man – husband, father, uncle – SOME MALE – cosign with them. When we think of domestic policy in the 60s, the very basic human rights that we take for granted today, simply did not exist then. Sadly, far too many Americans assume those rights always have and always will exist for all. Clearly, they have not and will not.

I never was a fan of Johnson when I was younger. It is only recently – visiting his library, reading books such as this one – that I have come to understand his, and his wife’s, contribution to America. Whether you like him or not, know nothing about his presidency or simply would like to know more, I highly recommend Building the Great Society. It is a thorough and unbiased look at the Johnson years.

Much appreciation to the author, Joshua Zeitz, #Netgalley and #Penguin-Viking Press for my copy of this book.

4 thoughts on “Building the Great Society” 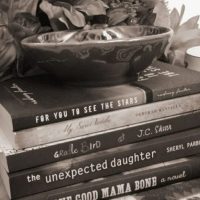 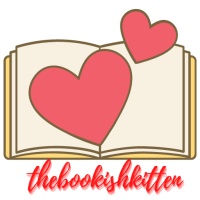