I should tell you that once I picked up The Good Detective that it was so gripping and thrilling that I could not put it down until I finished it. I should tell you, but I can’t. The fact is that I started this book twice, two months apart, and each time I read the first chapter, got so incensed that I put the book down and didn’t finish it. But there was something about the blurb that kept pulling at me, reeling me back in; something that kept saying “read it, c’mon, you know you want to.” So, on the third try I vowed to get past the second chapter regardless of how angry I became. You know what happened, right? I didn’t put the book down until I completely finished the book! I stayed up all night long and finished reading it. I cannot believe how stupid I was to think I wouldn’t absolutely love this book – because I absolutely LOVED this book!!

The Good Detective is P.T. Marsh, a “rising star” in a southern Georgia police department, at least he was until his wife and young son drowned in an accident that either was or might not have been a horrible accident. For over a year, P.T. has been a semi-functioning drunk. While in a bar, more like a strip club, he promises a dancer that he will have a talk with her abusive boyfriend. His “talk” actually means that PT beats the crap out of the guy after which he goes home to drink the remainder of his night away. Imagine his surprise when PT is called out the next morning to a murder scene and it is the boyfriend who is murder victim. This is the part that made me so angry. I have no tolerance for police brutality even when the person on the receiving end is a Neo-Nazi scumbag. However, all of this takes place on just a few pages at the very beginning of the book and the remainder of the book is incredibly fascinating! Read on…..

The death of the scumbag leads PT and his partner to the lynching site of a young African American boy. As they begin to search for the boy’s killer – since the best witness and/or suspect is now dead thanks to possibly PT- they begin to uncover something very sinister in their small rural, Georgia town, something that has been happening for centuries and it is dark and conspiratorial, and dangerous and of the very worst sort of nightmare that you can possibly imagine. I wouldn’t even attempt to perceive such atrocities except that I lived in the south and my father was from rural Georgia so I know that this horror does exist and that is what made this book so terrible and fascinating all at the same time. It was like watching a train derailing. I didn’t want to know, didn’t want to see the travesty that was unfolding but I couldn’t stop either.

McMahon has created characters on both sides of the fence that are perfectly conceptualized. They are not pretty, they are not good, they have flaws and some are so awful you won’t want them in your room, not even on your pages. I’m not sure you can create characters like this unless you have encountered them at some point in your lifetime. There were times that this read like something out of the 1930s or 40s, but then I remembered that there are parts of the rural south that still are very much like this. Who am kidding? There are places like this all over the US, not just the south. That’s what is so disturbing. This is happening everywhere, not just in small towns or in a particular region. In the end, there was a small amount of justice and a bit of redemption for PT as well. I can only hope that we will find this type of redemption for America soon. The quote below summed up the ending of book as well as my feelings for my history with the southern US:

There’s no place I’d rather travel than in the South…Even with our history, when I’m at Publix buying groceries, I see interracial couples. Lots of us. So as much as we struggle here with race, in some ways our struggle is closer to the surface and I hold out hope that this means it’s easier to fix.

I know this was a bit of a rambling review. This was a very emotional book for me. The one thing I can say is that I highly recommend it and hope that you will read it, even it takes you a time or two to get started.

10 thoughts on “The Good Detective” 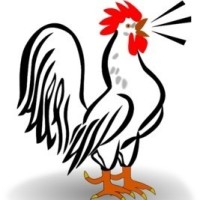 Understanding ourselves and the world we live in.

Flowers In The Brain

I Read Where You Vacation

LIFESTYLE, BEAUTY AND EVERYTHING IN BETWEEN

Without happiship (happiness & relationship)no one can cross the life ocean

As The Rooster Crows

This and that from Maryland's Eastern Shore