There are few authors who I will read regardless of what they write: fiction, non-fiction, series, stand-alone. Gregg Olsen is one of those authors. Imagine my surprise when I was reading the second book in the Megan Carpenter series and realized that I never had formally reviewed the first book. AAAggghhh. Let me say that it is difficult to go wrong with one of Olsen’s books and Snow Creek is no exception.

Snow Creek is the first in the Detective Megan Carpenter series. Carpenter has left behind a dark, murky past to start a new career in Snow Creek Washington. Her first case is a missing persons case that appears a likely accident until Carpenter gets a closer look. In addition to solving the murder case, there is a sub-plot regarding a series of tapes from Carpenter’s childhood. It adds a dimension to the story line that I found intriguing. Between the suspense of the murder and the psychological sub-plot, Olsen has, again, provided us with a solid, well written crime story. Both Snow Creek and Water’s Edge are available now at Amazon and local booksellers. 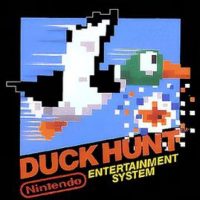 thebookishkitten
Myths of the Mirror

My Black and White World

Everything is Black and White

Books for the Beach

Sam's ruminations on books read in the sand.