A deadly influenza pandemic. An escaped convict.
A single mother desperate to protect her only child.  Dystopic fiction at its best!

This is me reading outside of my comfort zone again – no, wait, I think apocalyptic/dystopic fiction may actually be something I like. The Stand, The Road, Fahrenheit 451, 1984, The Clockwork Orange, The Handmaid’s Tale…. yeah, okay, I really like this genre just fine. And I like it even more after reading Mark Campbell’s new book, Penitence.

Set in the near future, Penitence opens with a scene from anyone’s worst nightmare: a poultry farm worker is exposed to a new strain of avian flu, one that can jump species. It is fast moving, fast acting and deadly! Within a week the nation is in crisis, although the government does a fine job of lying to the people about the severity of the outbreak. Marshall Law is declared and the nation goes into panic mode. Well, almost the entire nation. A population that is forgotten resides within the prison walls. It is here that we meet Teddy Sanders, a lifer who stays alive by sticking to his routines and keeping his head down low. For Teddy, whatever is happening on the other side of the prison walls couldn’t be nearly as bad as what is happening on the inside. As chaos erupts in the prison. with an unprecedented mortality rate wiping out both prisoners and guards, Teddy realizes he has to make an escape or die of thirst and starvation. In an epic “battle” scene, Teddy fights his way to freedom only to discover a world that has collapsed. For Teddy, survival is second nature but is he willing to do anything to survive in this new world order?

From the moment I began reading until the very last page, the action never stopped. With the exception of the beginning scenario, Penitence is told exclusively through the eyes of Teddy Sanders: a killer, bank robber and convict. We learn of his fears, regrets, hatreds, disgust, and, ultimately his love. Sanders is one of the best drawn anti-heroes that I have come across since The Man in McCarthy’s, The Road. His story is heartbreaking and compelling, violent and good-hearted and, ultimately hopeful.

Campbell has worked inside of the US prison system and his experience shows throughout the book. The prison scenes are graphically drawn, horrendous, horrifying and action-packed. I’m not sure I’ve ever read of a prison scenario this well told. However, what I loved best about the book happens after Teddy leaves the prison. In a world that is dying, this section of the book could quite dark and depressing – and it is – but Teddy manages to find a woman and her son and the interaction between these characters is golden. Their relationship will rip your heart out and leaving it on the ground. It is stunningly beautiful.

I also appreciated Campbell’s knowledge of FEMA and Homeland Security. He not only gets their “official” line correct, he creates a world that is very much as most political analysts have described the future – FEMA and DHS are the new world order and Marshall Law strips away every last one of your perceived rights. Campbell could have taken this into a realm similar to King’s The Stand, where virtually no one is left alive and those who are alive are divided into Good vs Evil. Instead, this world is full of gray areas – good people doing bad things; bad people doing good things and a whole lot of government enforcers keeping “the peace” at any cost. Campbell, however, keeps an underlying feeling, just a tremor at times, of hope. In a world that is dead and dying, rather than being left depressed at the end of this book, I felt hopeful. The ending is absolutely amazing and it is worth reading the entire book just to get to the final scene. I shouted, “I want MORE,” and I was thrilled to discover that there is at least one more book to come – HURRAY!

I wholeheartedly recommend this book regardless of the genres in which you normally hang. It is a book for the masses but especially for those who love speculative fiction, dystopic fiction and post-apocalyptic tales. If I could give this book 10 stars I would! Now go… find your copy here and read it.

“Let your ideas be second-hand, and if possible tenth-hand, for then they will be far removed from that disturbing element – direct observation. Do not learn anything about this subject of mine – the French Revolution. Learn instead what I think that Enicharmon thought Urizen thought Gutch thought Ho-Yung thought Chi-Bo-Sing thought Lafcadio Hearn thought Carlyle thought Mirabeau said about the French Revolution.”
― E.M. Forster, The Machine Stops

The first thing you will notice when reading E.M Forster’s “The Machine Stops,” is how eerily real it seems for a Science Fiction novella. You may even ask yourself “what is all of the hype about machines when they are all around us?” That is because you are reading this book today, 2018, but it was written over 100 years ago! While many hail Wells and Bradbury for their insightful vision into the future, here is Forster describing with inexplicable accuracy a cell phone, the internet, holographic imagery, 3D printers and, most frightening of all, the destruction of the earth due to climate change. Remember, this is prior to the ill-effects of the Industrial Revolution. Ahhh, if only people had read and learned.

In the story we find Vashti, who is sealed in a square room where all of her needs are met with the touch of a button. Air quality, nourishment, entertainment and, most telling of all, communication. Not that she is often bothered with real communication because she doesn’t have time for it. She is too busy punching buttons, moving her information around, reading all that The Machine provides. There is no need for religion any longer – the Machine provides the answer to everything. Long Live the Machine.

Of course, as with anything that man has created, man must also maintain and that includes The Machine. But man, having to do nothing, where even lifting a real book is too strenuous for the atrophied arms, also becomes a bit atrophied and the machine glitches. What will happen to this perfect world then?

While many who read this book are astonished at the degree of technology that Forster created, I was mesmerized by the clarity in which he “predicted” human behavior. People no longer traveled for pleasure – there was no point when pictures on their screens were better, clearer than real life. They no longer actually read books but read what others wrote about the books – aaaahhh, not too different from here, wouldn’t you agree? In the end, they no longer relied on the “truth,” but rather another person’s version of the truth – even yet, the more interpretations of an event, the better. After all, an eyewitness to an event might actually be too easily influenced by the event itself. Perhaps the politicians of today actually did the novella and that is where they got the idea of “fake news,” for what is Facebook and other social media outlets if not the re-telling of the story through multiple sources?

Sadly, the story – like real life – does not end well. I cannot help but wonder if anyone who reads the book today sees the reality of their own fate on these pages. What happens to mankind when The Machine Stops?

This is a short novella; it took me a few hours to read at the most. I encourage you to download it – it is available for free from multiple sources. It truly is remarkable. 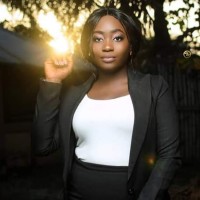 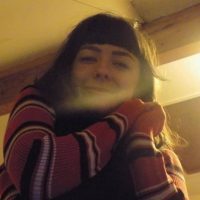 Honest Recommendations On the Best Books of 2020